All-State Career offers programs to students ready to change their lives by starting rewarding careers. We provide postsecondary career education to both traditional and nontraditional students through a variety of diploma and degree programs that assist students in enhancing their career opportunities and improving problem-solving abilities.

When All-State Career School student Wysem Irby woke up on the morning of June 3, little did he know he would become a hero that day. As he crossed the Girard Point Bridge driving into Philadelphia that morning, he saw a semi-truck flipped on its side and crushed up against the railing from high winds. In an interview, Wysem said, “It was very scary, I’m not afraid to admit that. The door was missing. It was completely hanging off and he saw nothing but water. At that point my heart was basically in my pants because it’s a human being crying out for his life.”

Without hesitation, Irby sprang into action to help the driver. When he got up to the truck, he noticed the driver had his dog with him in the cab. The way the truck was turned over, he couldn’t get to the driver without climbing on something to get the door open. Wysem made contact with the driver while trying to flag down another truck to stop. “I just promised him I wouldn’t leave, I’m not going to go, I’m not going to leave, I’m going to stay right here with you the whole time,” Irby told the driver. Wysem finally stopped a truck passing by and used it to climb up onto the wrecked semi to get the driver and his dog safely out.

Dr. Adam Strohl, a surgeon on his way in to perform a 4-hour surgery that morning, also stopped to help Wysem with the rescue. He says Wysem took charge in the rescue attempt and commanded others who stopped to help.

After he got the man and his dog out safely, the two hugged each other for several seconds. “We just held each other and embraced each other because that’s what we needed,” said Irby.

On Sunday August 23, Wysem graduated from All-State Career School in Essington, PA and passed his Class A CDL State Exam making him a legal truck driver. David Rockett, CDL Program Chair for All-State Career School, said “I am extremely proud of Wysem.  He was a leader in his class and his test scores reflect the work he put into the program.”

Wysem’s empathy and selflessness that day on the bridge helped save two lives and serves to remind us of the good that is still in the world. 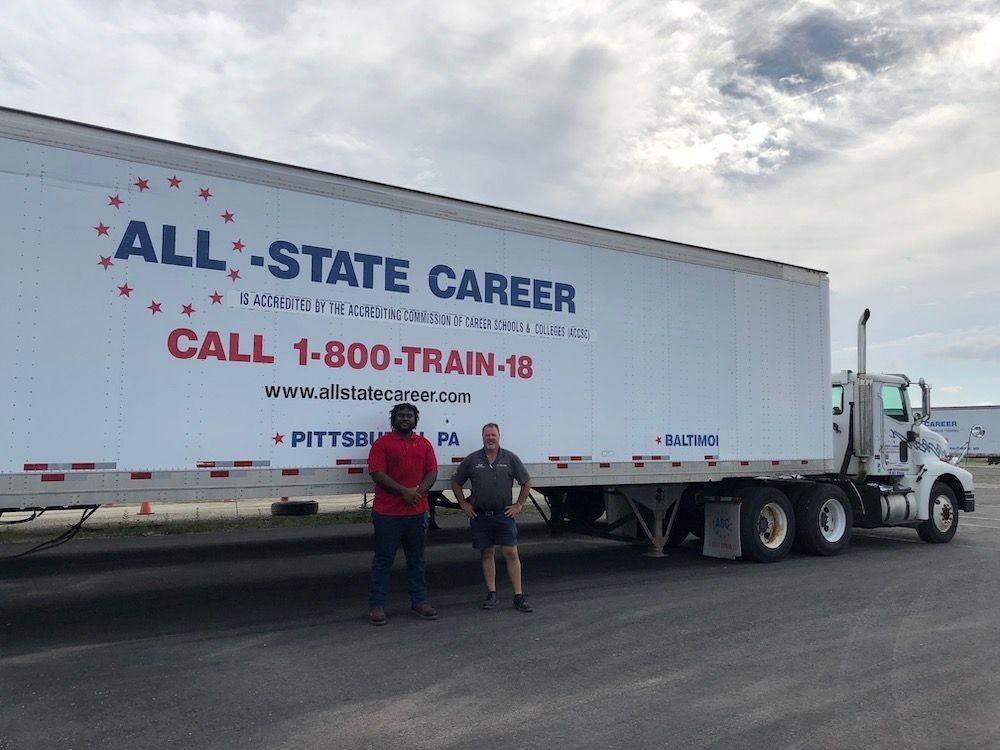